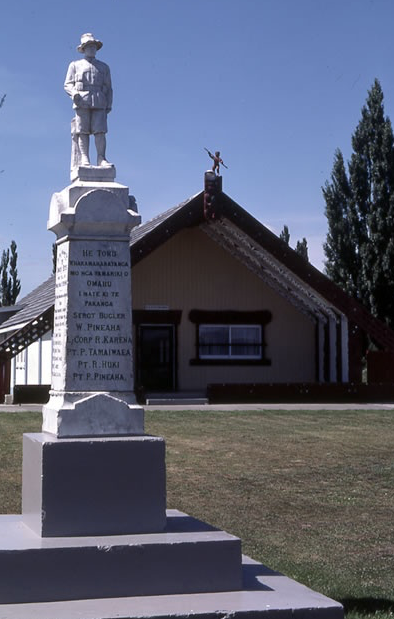 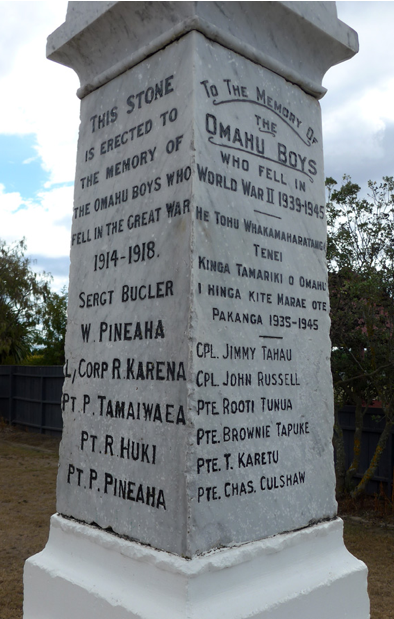 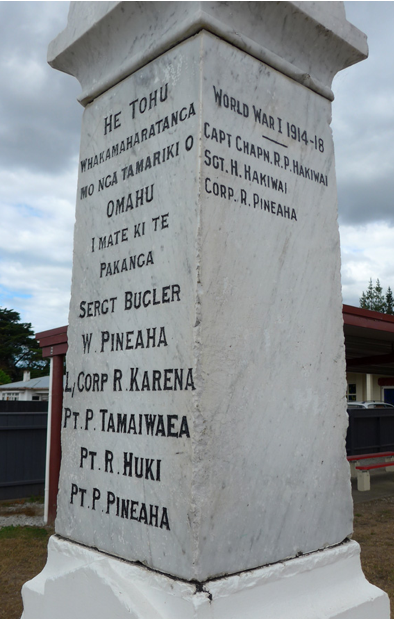 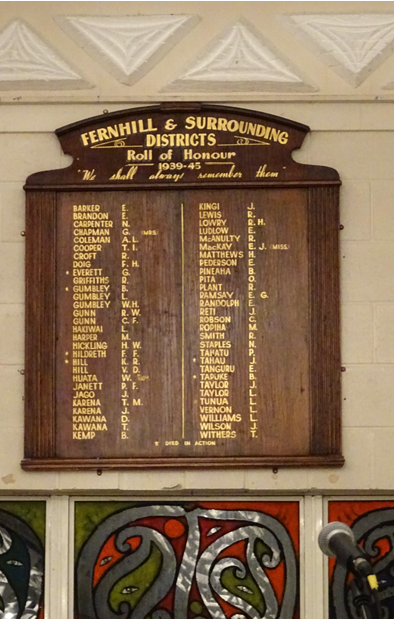 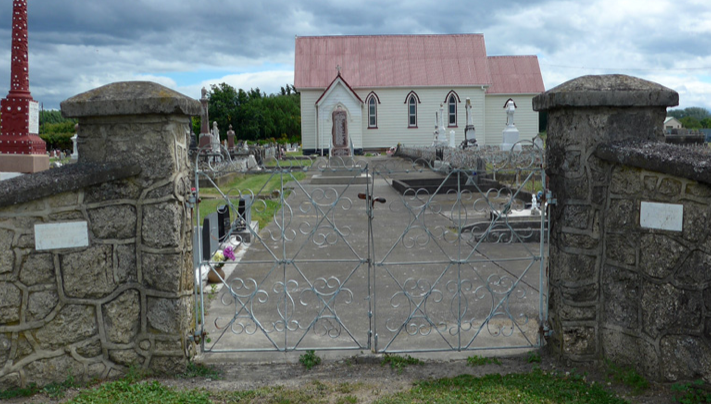 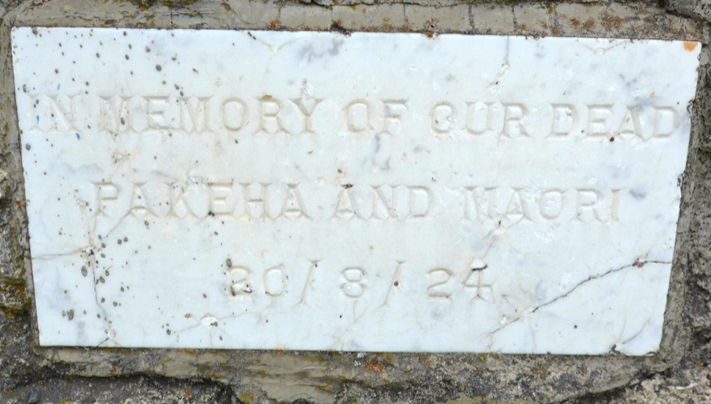 The prominently sited war memorial at Omahu Marae, a marble statue of a soldier standing at ease, was unveiled on 24 January 1946. The ceremony took place during a ‘welcome-home’ held at the marae for the Hawkes Bay soldiers of the Maori Battalion.

The memorial’s pedestal was inscribed in both Māori and English in memory of the men of Omahu who had fallen in both wars. The inscription on the front read HE TOHU / WHAKAMAHARATANGA / MO NGA TAMARIKI O / OMAHU / I MATE KI TE / PAKANGA. This was followed by the names of six men: Sergeant Bugler, [Private] W. Pineaha, Lance Corporal R. Karena, and Privates P. Tamaiwaea, R. Huki and P. Pineaha. The English equivalent was given on the opposite side: THIS STONE / IS ERECTED TO / THE MEMORY OF / THE OMAHU BOYS WHO / FELL IN THE GREAT WAR / 1914-1918 [etc.]

At the time of the unveiling, the right-hand face of the pedestal was blank. At a later date, the names of three more First World War servicemen were inscribed there: Captain Chaplain R.P. Hakiwai, Sergeant H. Hakiwai and Corporal R. Pineaha.

The people of Omahu Marae had also played a major part in building the Omahu and Fernhill district’s First World War memorial. This was the stone wall around the churchyard and cemetery of John’s Church, which stands directly across the road from the marae. The memorial wall was dedicated by the Rev. Dr Sedgwick, Bishop of Waiapu, and the new gate into the cemetery was formally declared open by Sir James Carroll MP on 20 August 1924. The tablets on either side of the gate were inscribed: IN MEMORY OF OUR DEAD / PAKEHA AND MAORI / 20/8/24 // HE TOHU AROHA MO / O MATOU MATUA / 20/8/24.

The cemetery is better-known today as the location of the Renata Kawepo memorial, erected in October 1929.

The Fernhill & Surrounding Districts Roll of Honour 1939 -1945,a wooden tablet listing 59 names, is on display in the Omahu Marae’s dining hall. The roll of honour for the Omahu School is also held (no photograph available).

+ Text Size -
Do NOT follow this link or you will be banned from the server!